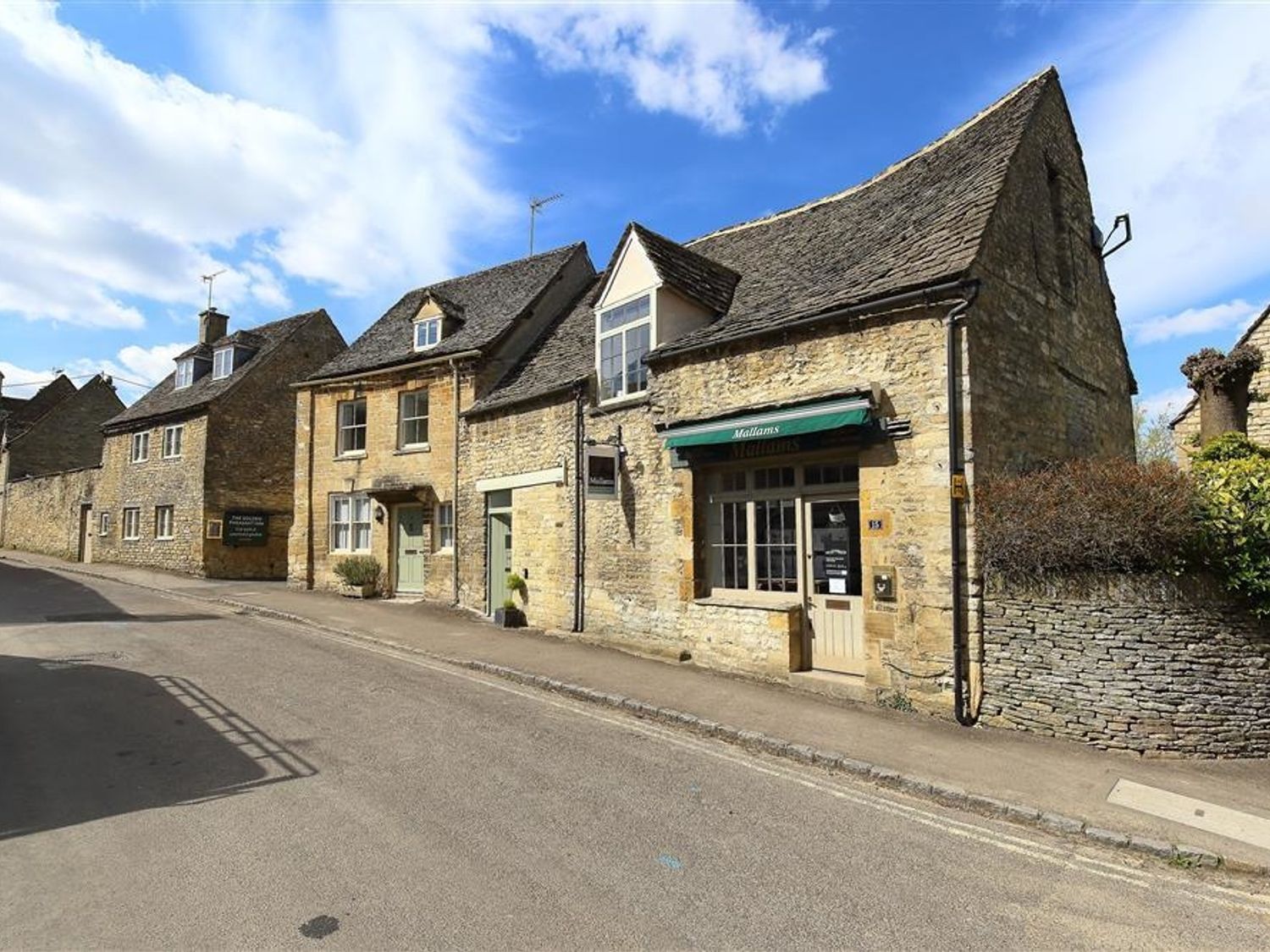 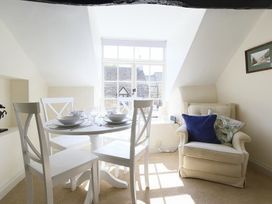 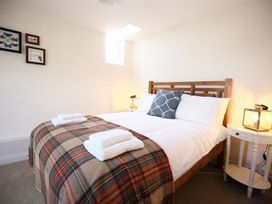 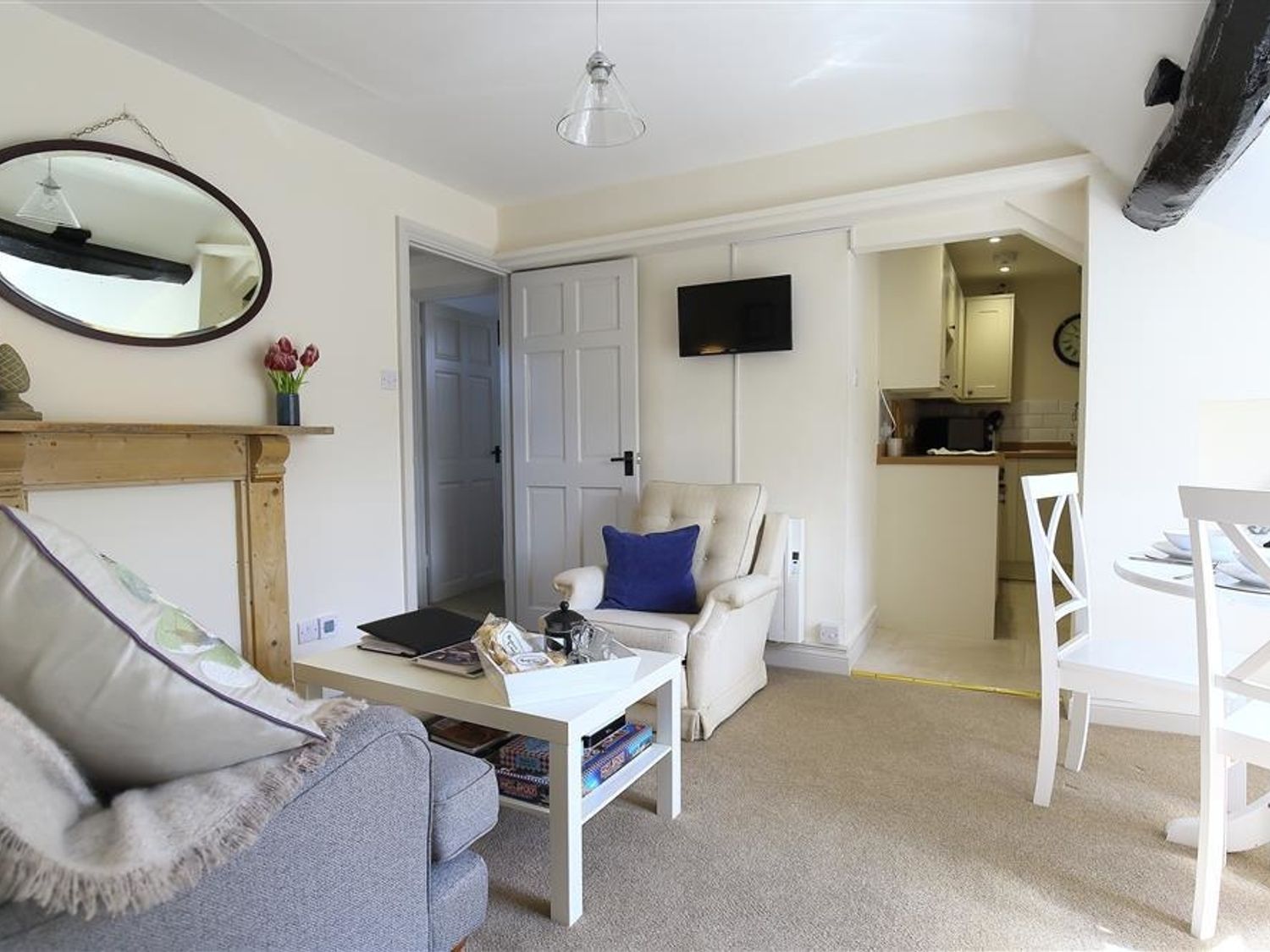 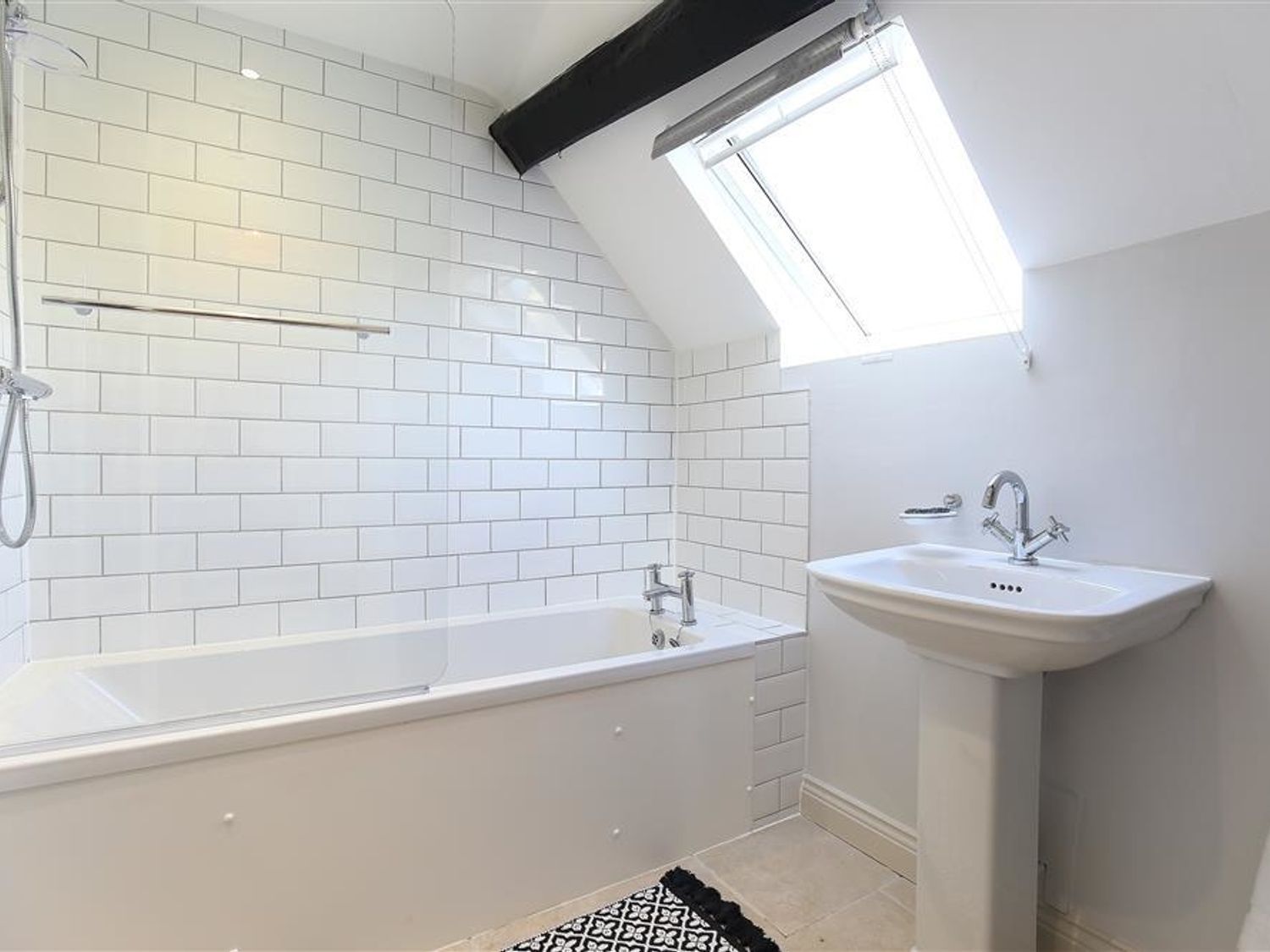 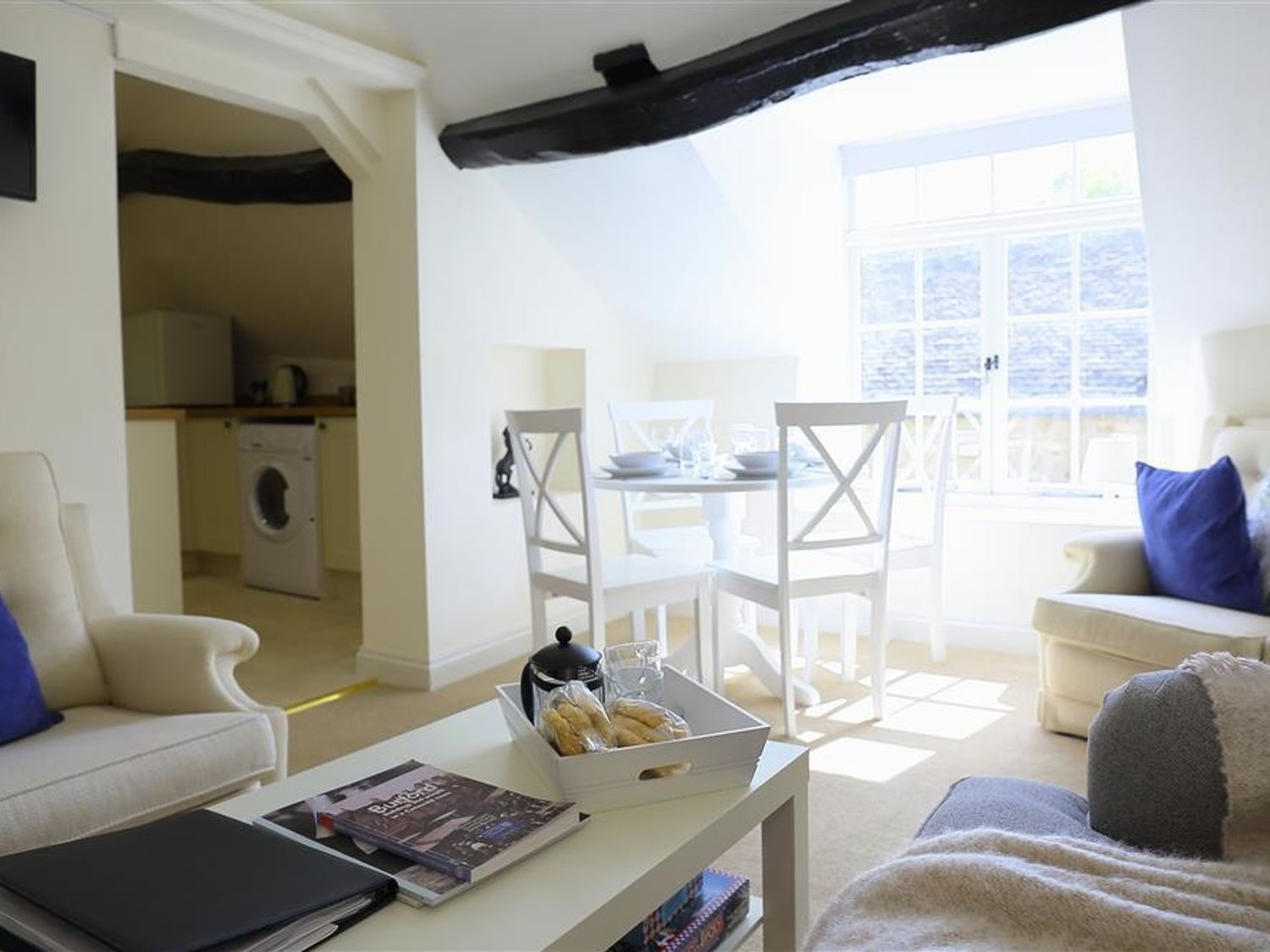 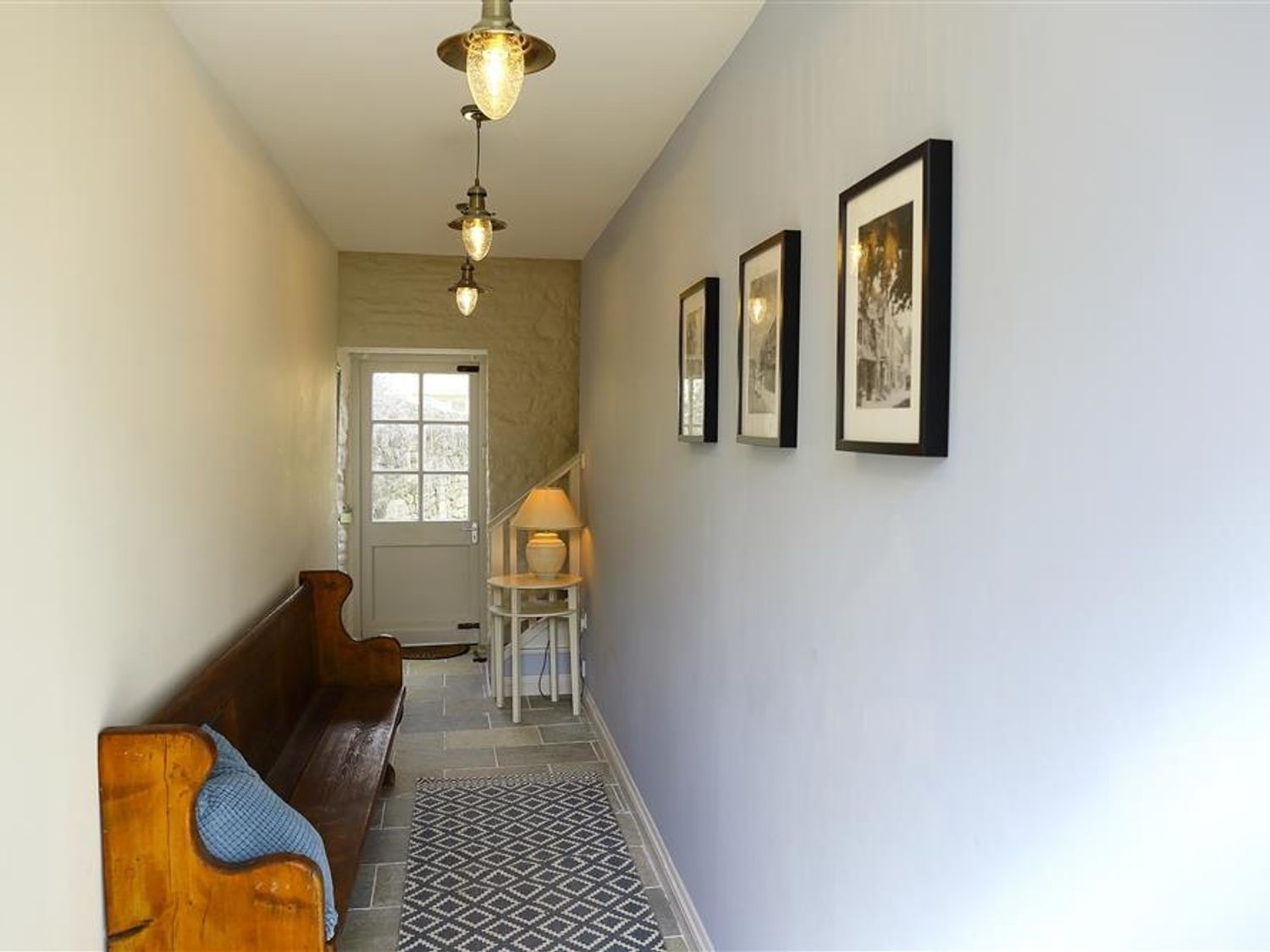 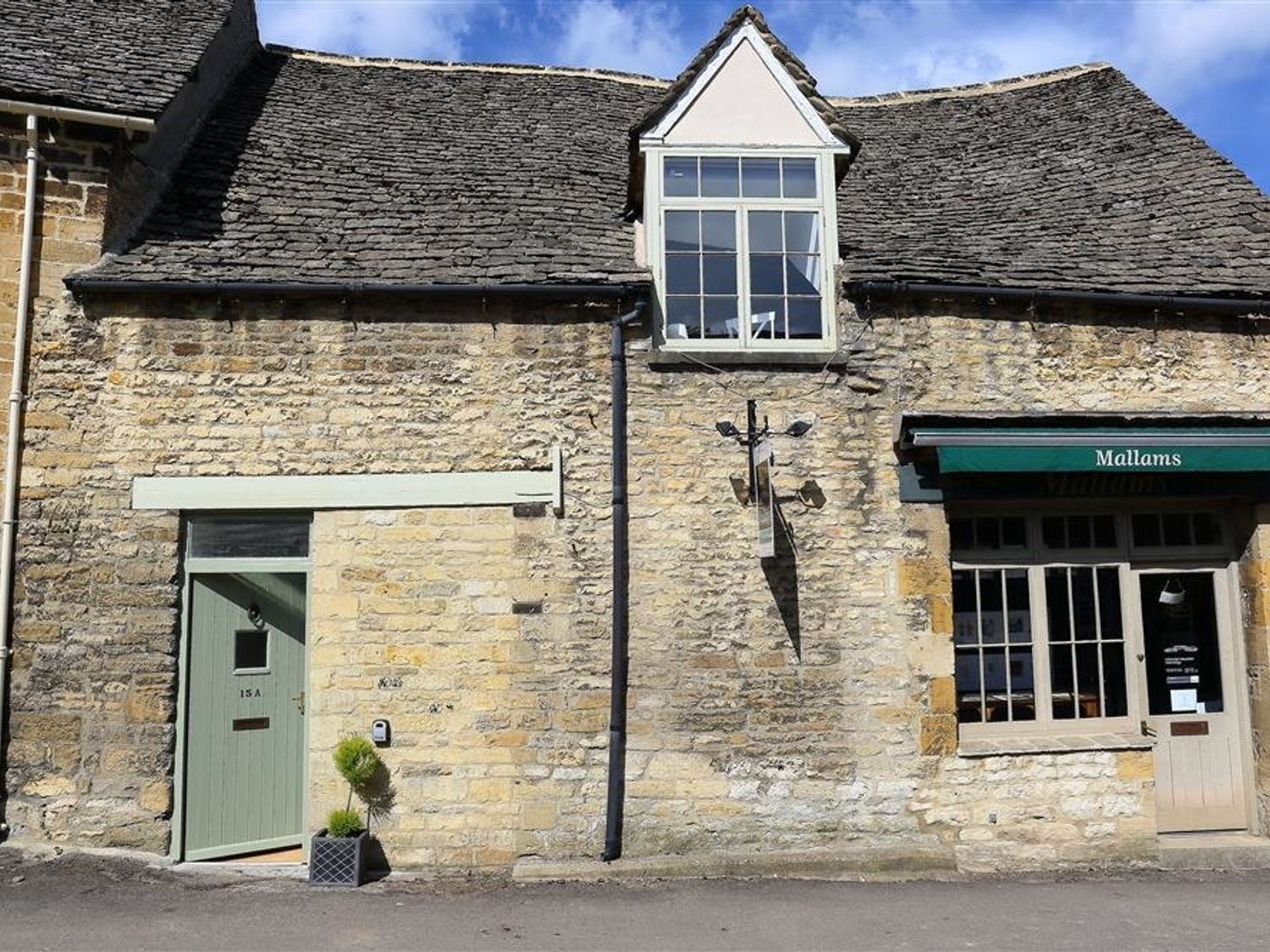 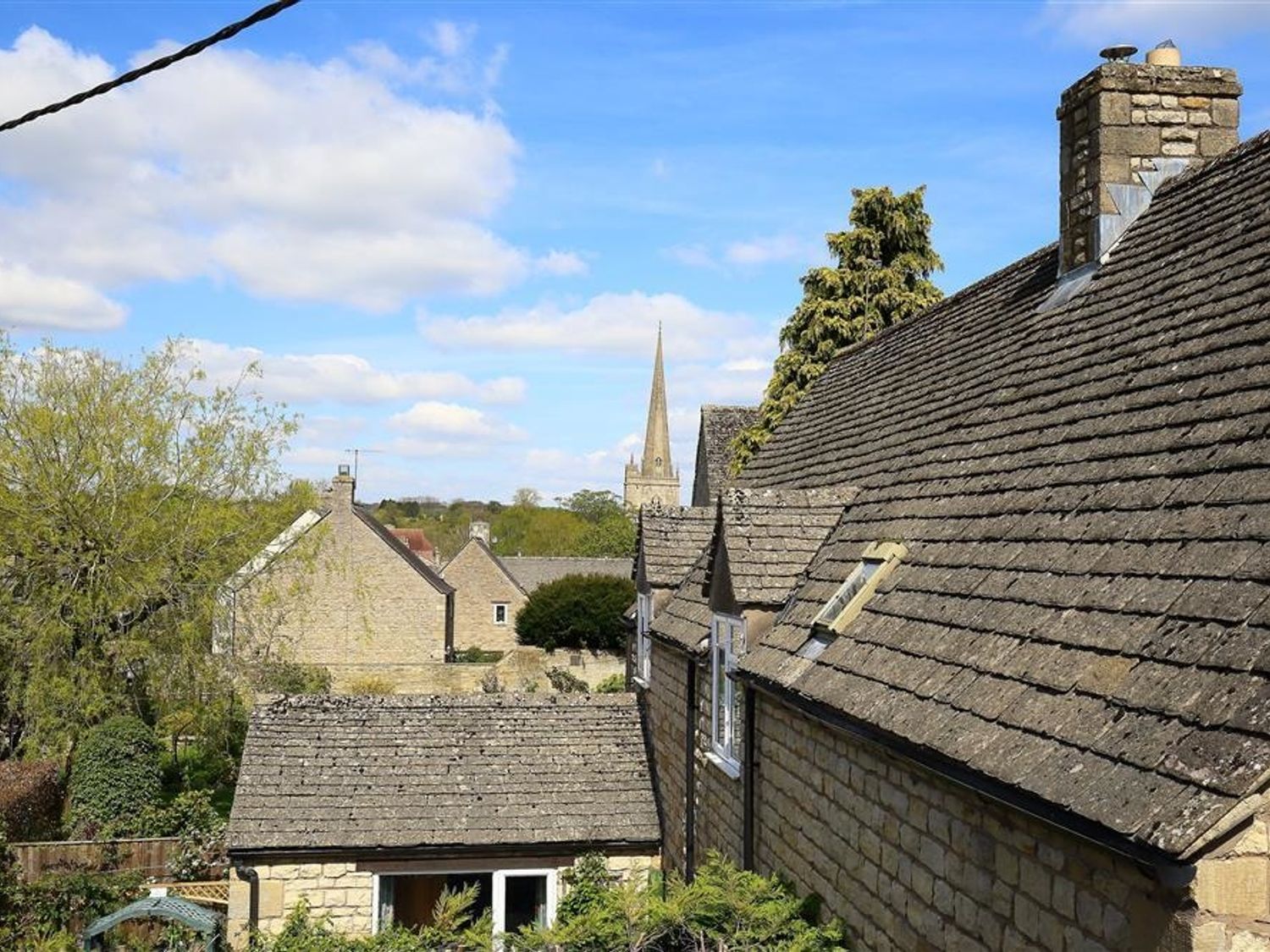 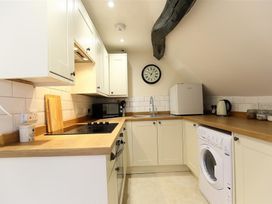 A sweet little 2-bed apartment, in the backstreets of historic Burford, with its own entrance and a little courtyard garden to enjoy!

With a history dating back to Tudor times, Burford's Old Bakery really is an old house. It has however recently been made into a perfect little home, just yards from Burford's historic high street. Located on the first floor (normal, easy to climb stairs) of a venerable old building, inside The Old Bakery is understated, and charming. The master bedroom looks towards Burford church in the distance, whilst the newly-refreshed bathroom is restful as it is smart. If you're bringing friends or children the second bedroom is a welcome addition - equally it would work well as an office.

Burford is one of, if not THE, most famous of the Cotswolds' locations. With its medieval bridge, old stone houses and attractive Tudor and Georgian frontages, Burford is justifiably one of the most picturesque towns in England. Often referred to as the 'Gateway to the Cotswolds', the town was originally a fortified Anglo-Saxon ford which later grew to be an important regional crossroads and wealthy wool town. Located midway between Oxford and Cheltenham (25 mins each away) it is a little haven of history and beauty that many fall in love with when they visit. Price excludes bills.

You can find out more about which cookies we are using or switch them off in settings.

This website uses cookies so that we can provide you with the best user experience possible. Cookie information is stored in your browser and performs functions such as recognising you when you return to our website and helping our team to understand which sections of the website you find most interesting and useful.

Strictly Necessary Cookie should be enabled at all times so that we can save your preferences for cookie settings.

If you disable this cookie, we will not be able to save your preferences. This means that every time you visit this website you will need to enable or disable cookies again.